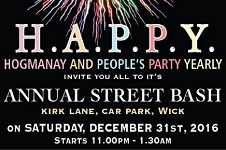 Happy Christmas To Everyone From Caithness.org

Reporter Noel Donaldson
BOTH sides were clearly up for it in the first half but neither team was able to beat their respective defences and keepers who were very much on their game. While it made for an entertaining first half, supporters could have been forgiven for starting to fear things might play out for a goal-less draw.. Not to be, though as was demonstrated in the second period and it was Academy who broke the deadlock. Sam Mackay was tripped on the edge of the box and curled a superb free kick round the wall which the keeper got a touch to but couldn't hold.     PHOTO GALLERY

It's hard to believe it has come round again so quickly but its time to think about your Christmas cards! 2nd Thurso Scouts will be running their Community Scout Post again this year and post boxes are now out in their locations around the town and will remain open until Friday 17th December at Newsbeat on Princes Street, Frasers on Castlegreen Road, McColls in High Ormlie, the Co-op in Mount Pleasant and in Thurso Library and the Council offices in Rotterdam Street. It’s fantastic that local government and local businesses support this worthwhile event. 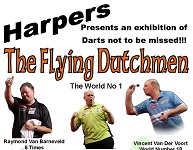