The National Roadshow in Caithness: Lego broch builds up to July unveiling

Apprentices at Dounreay have designed and made a life-size replica red telephone box for the Town and County hospital therapy garden in Wick. It was designed and built at Dounreay, near Thurso, in Caithness with the help of experienced tradesmen at the site. 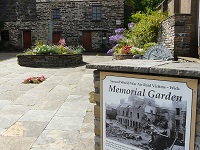 The Elise Lyall School of Dance fundraising event takes place at Bank Row, Wick, on Saturday, July 1, 2017, from 10.30am to 12.30pm. All proceeds go towards maintaining the memorial garden.

Although it will be a day of fun and entertainment, it will also be an occasion for remembrance as July 1 is the anniversary of the bombing of Bank Row in 1940 when 15 people were killed. Three others lost their lives in an air raid at Hill Avenue in October the same year, and the memorial garden commemorates all 18 victims.

The Arrival Of Tia in Thurso

TTIA are proud to introduce to you our mascot, TIA. Tia was designed by young creative genius Scott Hughes from Miller Academy primary school. Thanks Scott! Tia arrived to Thurso by train and we gave her the guided tour. It didn't take long for her to fall in love with Thurso and she can't wait to celebrate with you all on Saturday 24th June and Sunday 25th Jun, let's show her an awesome warm welcome at Thurso's Midsummer Madness !

Wick Voices Tell Their Stories On Aspects Of Life Gone By

The Wick Society's oral history section, Wick Voices, is generating a lot of interest in the community. The project was launched in 2016 with the aim of preserving local voices for posterity. It involves a small team of volunteers arranging audio interviews with local people from all walks of life about their memories and stories. The recordings are then edited and uploaded to the Wick Society's website, allowing existing and future generations to hear about many aspects of local life, past and present, as told by those who experienced it.

IN her valedictory address as Caithness Heart Support Group's patron, Anne Dunnett, paid tribute to the organisation's commitment, at their AGM, recently. The Lord Lieutenant, retiring from public life, later this month, said she had "never seen such a dedicated bunch of fundraisers who care so much for people that need help" and added: "It is a great team they have here, and I have been honoured to have been a small part of it." Miss Dunnett told an 'encouraging' turnout at the St Fergus Church Hall, that, thanks to advances in technology and good doctors and nurses, the chances of survival from heart attacks, had improved.                                     Photo Gallery

IT Project For Rural Payments Ends But Significant Issues Remain
The applications process has improved, but there are still problems with making payments. The Scottish Government will need to incur further costs to develop the IT systems used for payment applications and maintain existing processes.

In The final days to the Westmisnter election Struan Mackie has announced his 'Care in the Community pledge' campaigning ahead of the general election. "Many voters have asked what my number one priority would be if I am fortunate enough to be elected on the 8th of June. Whilst every candidate will have a range of issues they wish to address as a Member of Parliament... one cause transcends them all for me. As a Highlander I am incredibly worried about the future of the Far North and I believe that we must provide care in our community as a non-negotiable aspect of living in the UK's most northernly mainland constituency.

Come see "one of the finest ensembles of its kind in the world today" (BBC Music Magazine) in Thurso! The Scottish Chamber Orchestra (SCO) will return to Thurso High School for a wonderful evening of live music, featuring SCO Principal Clarinet Maximiliano Martín as soloist.
WHEN Friday 9 June - Thurso High School, 8pm

The Caithness Community Partnership comprises Highland Council, HIE, Police, Fire and NHS Highland.  The Highland Community Partnershop web site will contain a growing amountof information and memebrsof the public are welcome to attend meetings.  The next Caithness meeting is on WEdnesday 7th June at 1100am on Wednesday 7th June in Dunbeath Village Hall.  The partnershipi s one aspect of the localism agenda being pursued by Scottish government and public bodies.  Highland council has been preparing for more decisions to be taken locally at local area committees such as the Caithness Committee and was agreed by the last council to be taken forward after the May election. 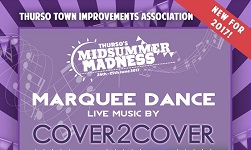 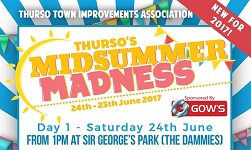 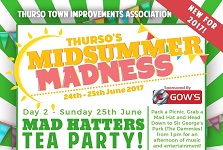 Keep Up With Caithness Health Action Team On Facebook

The CHAT members have growing number on their Facebooks page.  You can help by liking and sharing so that the widest audience is made awareof the group's activities to retain health services in Caithness.  Watch out for the latest Postcard campaign and sign one for delivery to Scottish Government.   2260 and rising fast......