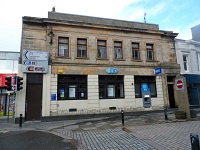 TSB has today announced it will close 164 branches as the Bank continues to implement its three-year strategy announced in November 2019. 73 Branches of TSB in Scotland will close including the one at Wick.  The wrting has  been on the wall for bank closures for sometime but the pandemic has made more people sign up for online banking. - currently 4000 per day opting to go online for bank services. 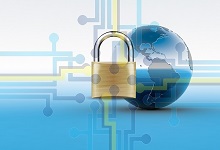 Security company Carbon Black released a report showing that 88% of UK businesses suffered from a data breach during a 12-month period. It also revealed the average number of breaches per organization: 3.67.   Remember any size of business can be attacked.  Along with backing up all your systems and data every day in case you computer or laptop falls over consideration of cibersecurity might be a long-term lifesaver for your business if any of it is online even if you only use the same computer to store or send invoices and for emails.  Think about it then get safe.

Caithness Community Groups See Investment Of Over £150k In Latest Funding Round
Seven community projects are to benefit from over £150k of funding following the Caithness & North Sutherland Fund's latest grant awards.

One of the north Highlands' most iconic hotels is celebrating 65 years as an independent family business this September. Mackays Hotel on Union Street in Wick has been a leading accommodation provider and a cornerstone of local community life in Caithness for over six decades since being purchased by the first family member in 1955, Murray Lamont's maternal grandmother.

The Scottish Government have commissioned research to help create a better understanding of the needs and costs experienced by people who live in rural and remote areas of Scotland. This research initiative is called Minimum Income Standard for Remote and Rural Scotland and updates similar work which was commissioned in 2012 by Highlands and islands Enterprise and partner organisations. The project has now begun recruiting in Wick and surrounding villages, for participants from a variety of backgrounds and age groups. The research will be conducted by the Centre for Research is Social Policy (CRSP) team at the University of Loughborough working alongside two Highland based researchers. Participation in this important study will help our understanding of the cost of living in rural Scotland. All participants who attend our focus groups will receive a £50 voucher from a selection of options to say thank you for your time.

Despite restrictions during COVID-19, the Caithness Community Payback Team have been working throughout the County ensuring that clients sentenced to carry out unpaid work by Wick Sheriff Court have been paying back the Community. Following a three month closure and COVID-19 restrictions greatly reducing the number of clients that can be facilitated daily by the Community Payback Team - work has continued to benefit Caithness Community organisations. Miller Academy in Thurso has taken receipt of five refurbished children's benches which were repaired and re-painted in bright Rainbow colours. 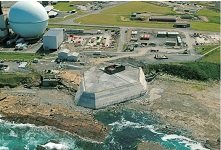 Dounreay has awarded a major contract as the world's deepest nuclear clean-up job gets underway. Dounreay Site Restoration Ltd (DSRL), on behalf of the Nuclear Decommissioning Authority, awarded the £7.5 million contract for "advanced transition works" at the 65 metre deep shaft and silo to Nuvia and its partner Graham Construction, through the site's decommissioning framework following a competitive tendering process. Nuvia is an international nuclear engineering, project management, products and services contractor. The work will include the rerouting of existing services as well as minor construction and demolition works, preparing the 2 waste facilities to be emptied of legacy higher activity waste. 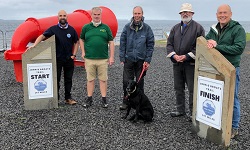 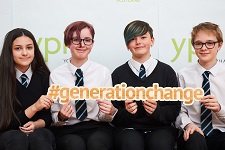 Secondary students have raised vital funds and awareness for charities in their communities addressing a range of social issues. Through The Wood Foundation's Youth and Philanthropy Initiative (YPI), young people from throughout the country represented causes they cared about in a bid to secure their school's grant. Mental health charities, health support services, and organisations supporting people living in poverty were the top three issues to receive more than £600,000 of funding this academic year. 16 High schools were successful in Highland gaing £3000 each for their chosen charity.

Wick Map Streets For All Update: Exploring The Designs - Have Your Say On Draft Designs For High Street

From Sustrans - In a series of engagement activities and events last year, the local community told us what changes they wanted to see in the High Street to make it attractive, accessible and welcoming to people, as well as highlighting Wick’s cultural heritage. We’ve used this feedback to come up with design proposals and are giving you the opportunity to view, comment and shape these initial proposals. These draft designs are now available to view outside Caithness House as well as on our project website.   Read more and register for online webinars 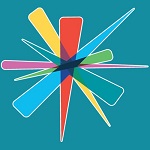 High Life Highland have expressed delight at today's announcement from the First Minister that gyms and swimming pools can reopen from Monday 31st August 2020. Steve Walsh Chief Executive of High life Highland said, "I am absolutely delighted with the news that we are able to welcome our customers back earlier than we had first thought. We have been working incredibly hard behind the scenes in preparation for September and I am pleased to be able to confirm that we are ready and raring to go from Monday 31st August." 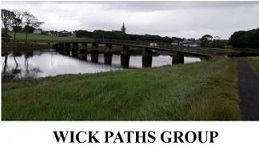 Wick Paths Group will be returning to work on upgrading the Coghill Bridges at Wick Riverside this weekend - Saturday 15th and Sunday 16th August and the bridge will be closed to the public both days to enable the work to proceed safely.......................To coincide with the bridge work there will be a litter pick of both sides of the river - Highland Council are providing refuse sacks and will remove the full sacks. Members of the public are invited to join with the Paths Group, the Wick Riverside Volunteers and members of Pulteneytown Parish Church for this community event - meet at 10.00am on Saturday either at the Riverside play park or beside the Boating Shed but remember the Coghill Bridge will be closed! 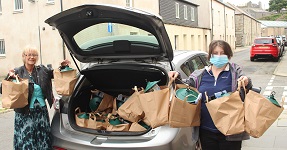 Green Health Packs have been bagged and are being distributed to community groups in a project that will bring environmental benefits across Caithness while also boosting people's wellbeing. Caithness Voluntary Group has assembled 450 packs with help from volunteers and staff at Pulteneytown People's Project in Wick, while Caithness Rural Transport has helped get them distributed. The purpose of the packs is to provide enjoyment, release some creative talents and encourage people to discover new hobbies in the outdoors. 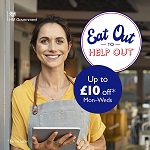 Lots of Caithness Eating Places Have already signed up. Diners who eat-in will benefit from a 50% discount, up to a maximum of £10 per person, on food and non-alcoholic drinks, any Monday to Wednesday in August. More than 53,000 outlets across the UK have so far signed up to the UK government's Eat Out to Help Out scheme.

Check Which Places Have The Offer HERE 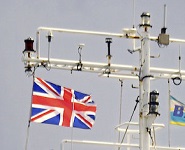 German registered chemical Tanker “Antares” alongside at Scrabster Harbour today. The vessel is in theory committing “Lèse-Majesté" (to do wrong to majesty) by flying the Union Flag upside down.  An easy mistake to make if you do not know your flags.
In 1950 there was an attempt to have the regulations changed so that British merchant ships would be allowed to fly the Union Jack as a jack. One point made in favour of the change was that some foreign merchant ships flew the Union Jack as a courtesy flag, without any action being taken against them, whilst a British merchant ship that flew a Union Jack at the yard would be made to remove it. In considering the matter a survey was made of the foreign ships in the Port of London. Fifty percent flew no courtesy flag, forty percent flew the Red Ensign, and ten percent flew the Union Jack. David Prothero, 17 October 2000 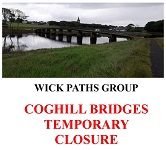 If you regularly walk over the Coghill bridges at Wick river check the temporary closure dates.
Upgrading work will commence on Saturday 1st August and runs over two weekends. 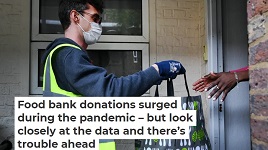 Food banks in the UK reported that demand had tripled in March this year as the coronavirus lockdown threw millions out of work. Many food banks faced an urgent need for money to buy extra food and launched appeals through crowdfunding websites. The public response was impressive, with a massive surge in support. Nearly a million people volunteered to help the NHS and local support centres. Later, public backing for footballer Mark Rashford's appeal also forced the government to reverse its decision not to continue funding free meals for the nation's poorest children over the summer holidays. This surge in generosity has led to hope that the pandemic signals a transition to a kinder and more humane society after the pandemic. To find out whether that might be the case, we developed a piece of data scraping software to chart the generosity of the public in response to appeals by food banks. We looked at how much was being donated during the pandemic to see if the goodwill was sustained. 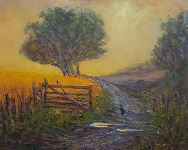 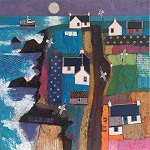 Eighty Five artists have taken up the invite from the Society of Caithness Artists to join their on-line exhibition this year.
The exhibition will run from 1st July until 31st July 2020 and there are three hundred and fifty nine images to scroll though. The exhibition is divided into two main sections, with the 3D and sculptural section showing three images of each work.  Most works are for sale by contacting the artist. 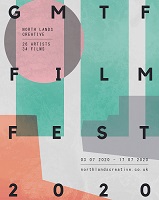 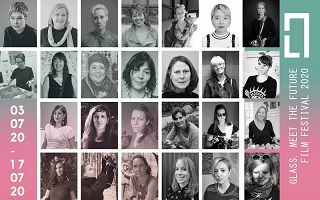 Scotland's arts links with Japan are being supported by over £100,000 from a partnership between British Council Scotland and Creative Scotland. Following an open call for proposals, which drew 24 responses from individuals and organisations working across the Scottish arts sector, North Lands Creative was selected to receive a share of the funding. The successful bid covers several art forms including glass, film and cross-disciplinary practices. UK in Japan is a major bilateral campaign that started in September 2019 at the same time as the Rugby World Cup. It will be extended into 2021 with the culmination of the Tokyo Olympic and Paralympic Games.