Lab In A Lorry Visited Thurso And Wick High Schools

.:: Lab In A Lorry Visited Thurso And Wick High Schools ::. 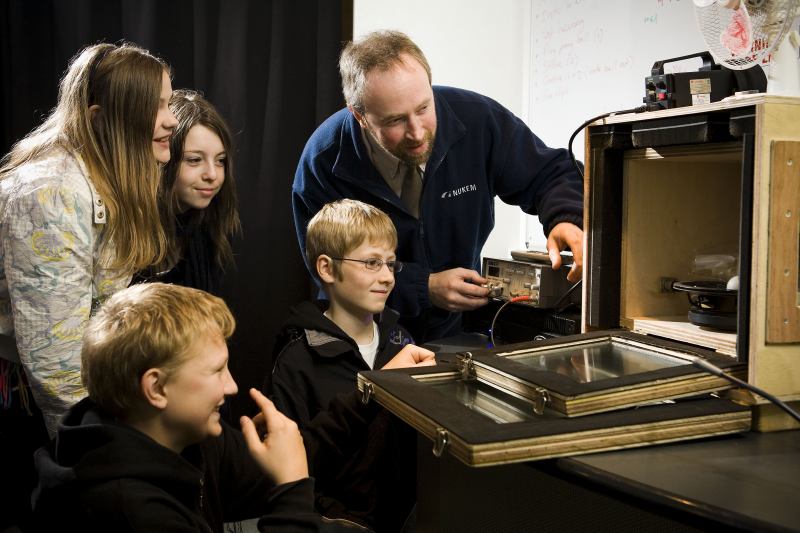 Date: 3 October 2007
Location: Caithness, Scotland
Dounreay Communities Fund has sponsored Lab in a Lorry, a mobile science lab for young people to connect them to science. Lab in a Lorry visited Thurso and Wick High School over four days at the end of September. Designed to inspire the next generation of scientists and engineers. Lab in a Lorry offers 11-14 year olds the opportunity to explore science through specially created interactive experiments. The lorry is fitted with three distinct lab areas where groups of up to six young people can take part in each of the fun and informative experiments. The programme was delivered by volunteers, which included apprentices, scientists and engineers from the Dounreay site