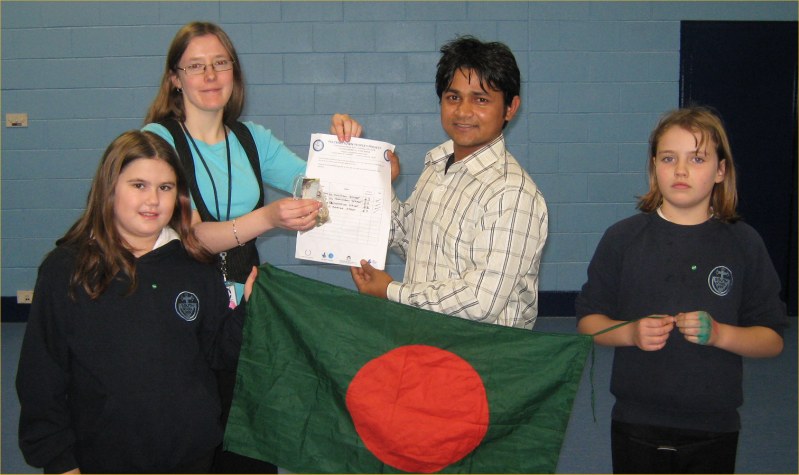 Date: November 2008
Location: Wick, Caithness
Photographer: Andrea MacGregor
Children from Pulteneytown People's Project MAASK (Morning and After School Club) raised Ł130 by taking part in a sponsored silence. The money has been given to the Global Xchange volunteers who have been in Caithness during the past three months. The volunteers from Britain and Bangladesh have been raising money to help street children in Bangladesh during the second stage of their volunteering project which will take them to Chittagong. Tofazzal Liton, who has been on placement at PPP is pictured accepting the money from playworker, Andrea MacGregor while Natashia Sinclair left and Becky Kelly right hold the Bangladesh flag