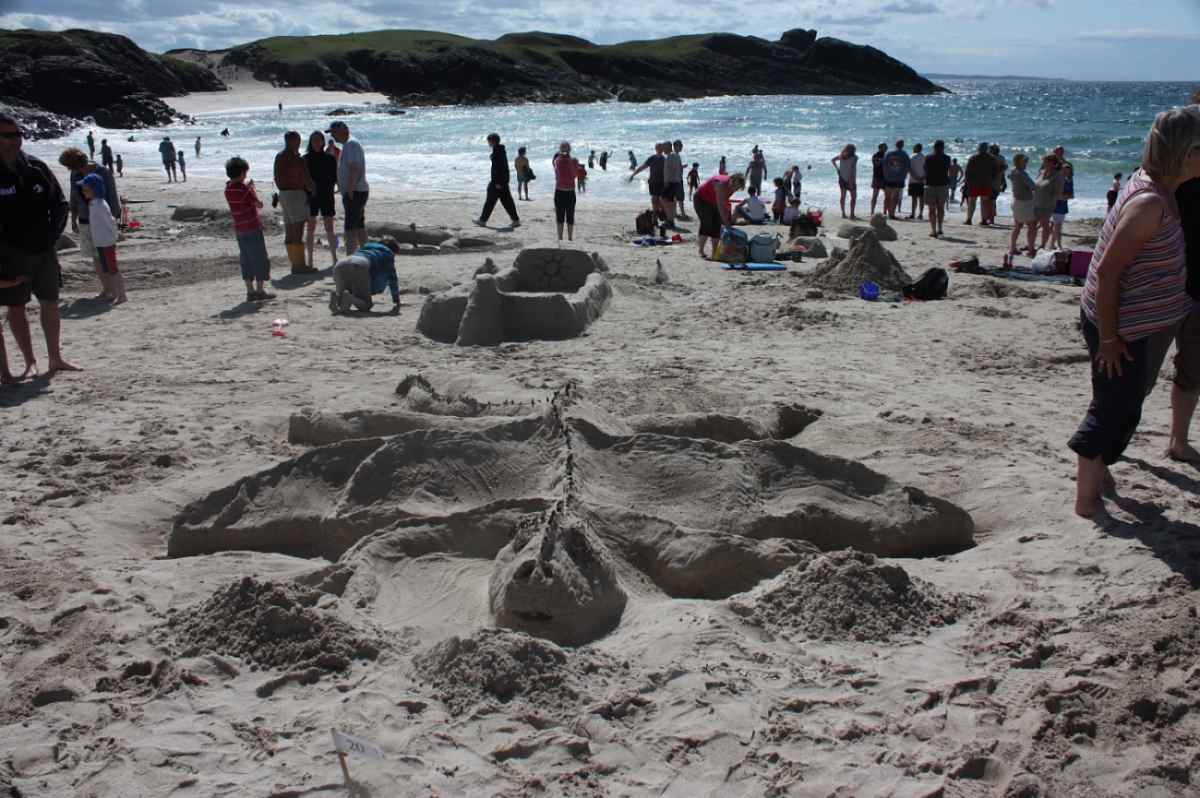 Date: August 2009
Location: Clachtoll Beach, North West Sutherland
A record number of people took part in the annual sand sculpture contest, on Clachtoll Beach in North West Sutherland which was organised by The Highland Council’s Countryside Rangers based in Assynt. The contest which has now been running for 10 years attracted 88 entrants from around Assynt and Ullapool as well as visitors from around the world, including the Netherlands and the Philippines