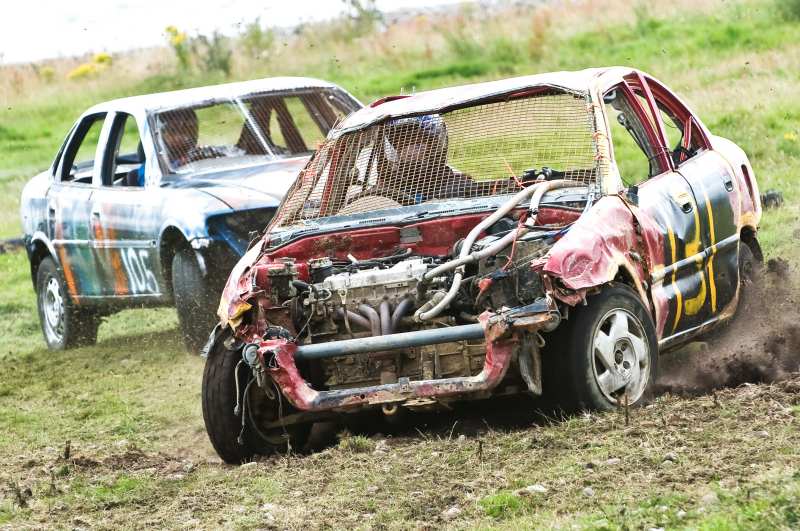 Date: August 2009
Location: Golspie, Sutherland
Photographer: Angus Mackay
www.angusmackay.co.uk/#/020809-golspie-banger-derby/4535069853
Caithness was well represented at the Golspie Gala Week Banger Derby once again. 128 cars competed for the prizes, with Alan O'Brien from Wick coming out on top in the Mens' Heats. Several Caithness cars competed in the grand finale, the All in Final, which was open to all cars which were still running, with the crowd being treated to an action packed end to the day. After a few re-starts, with red flags coming out with some cars not managing to stay the right way up, the overall winner on the day was Fraser MacGregor from Dingwall