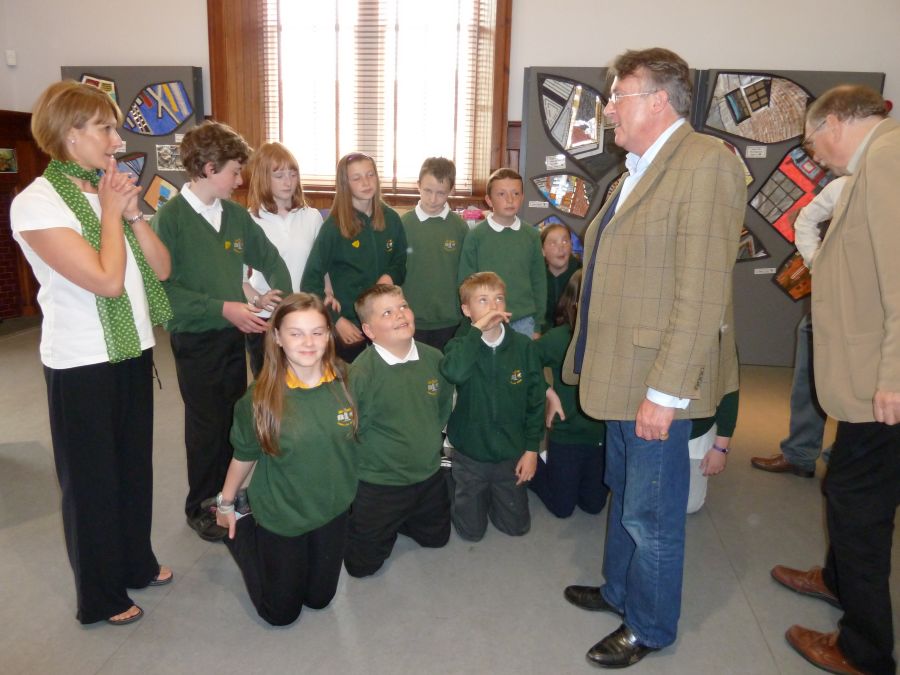 Date: June 2010
Location: Thurso, Caithness
Politics isn’t fashionable. Or so the media told us during the last election. If that’s the case, then Pennyland Primary School is already working to do something about it. Until the end of June, Caithness Horizons café is showing an exhibition of work by pupils from P6 and P7 at Pennyland, which has used the Scottish Parliament building in Edinburgh as its inspiration. Also included in the exhibition are designs by other pupils, including the nursery, for a Children’s Parliament for Scotland. This week, teacher Norma Mill took pupils took pupils down to Caithness Horizons see the exhibition, and to present their work to MSP’s Rob Gibson and Jamie Stone. Earlier in the day the MSP’s had been involved with the pupils in a debate at the school, over issues the children feel currently affect Thurso.