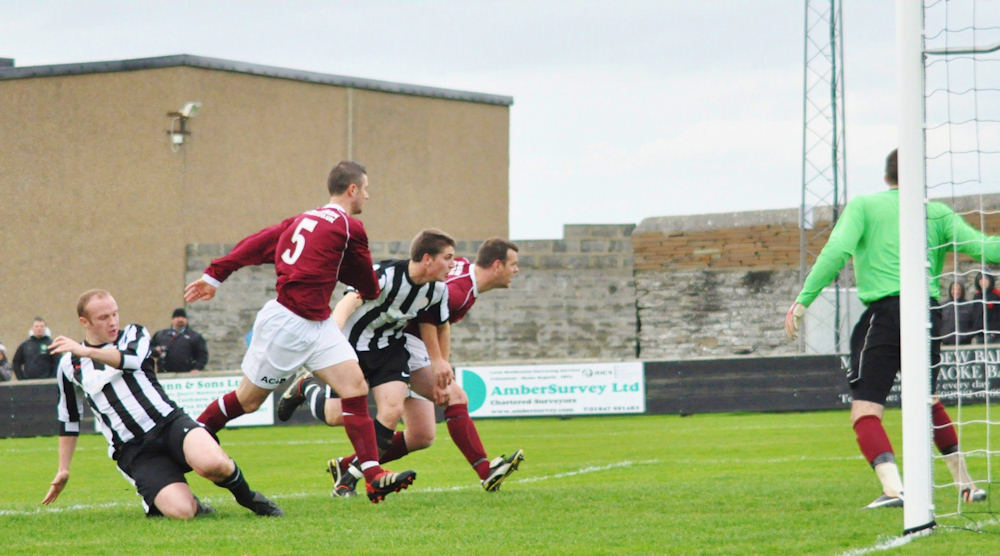 Date: 23 October 2011
Location: Wick, Caithness
Photographer: Noel Donaldson
www.wick-academy.co.uk/
A SINGLE goal and a penalty at that, tipped the Scottish Cup scales in favour of Keith, on Saturday, in the second-round tie at Harmsworth Park but it was hardly the stuff of cup magic. Nowhere are there so many if-onlys as in football, and the ones Wick Academy will reflect on, are the chances missed, not least Craig Shearer's header from a free kick which shot past the post. But Keith, who were always dangerous on the break, found finishing, just as much of a challenge. The visitors had to rely on a penalty in the 35th minute, after striker Cammy Keith was tripped just inside the box by Craig Shearer, to take them through to the third round.