.:: People Gathered In Wick To Remember the Crew Of the Isleford ::. 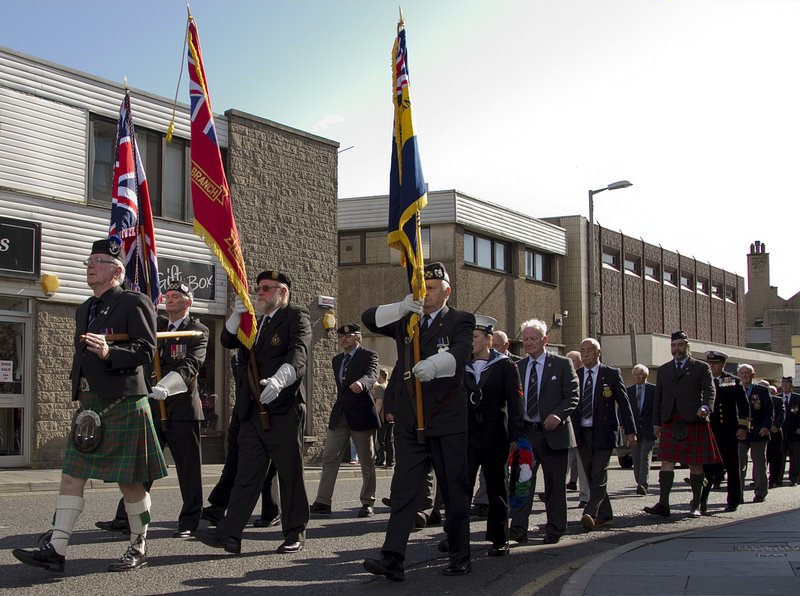 Date: September 2011
Location: Wick, Caithness
Photographer: Alan McGee
http://www.caithness.org/caithnessfieldclub/bulletins/1984/october/wrecks_of_pentland_firth.htm
The Isleford was requisitioned in World War Two to carry munitions and other supplies. It foundered after developing engine trouble in January 1942. The vessel went down near Proudfoot, Wick in severe weather which was so bad they could not launch the lifeboat. All men were lost. A memorial has now been erected in Wick to their memory.