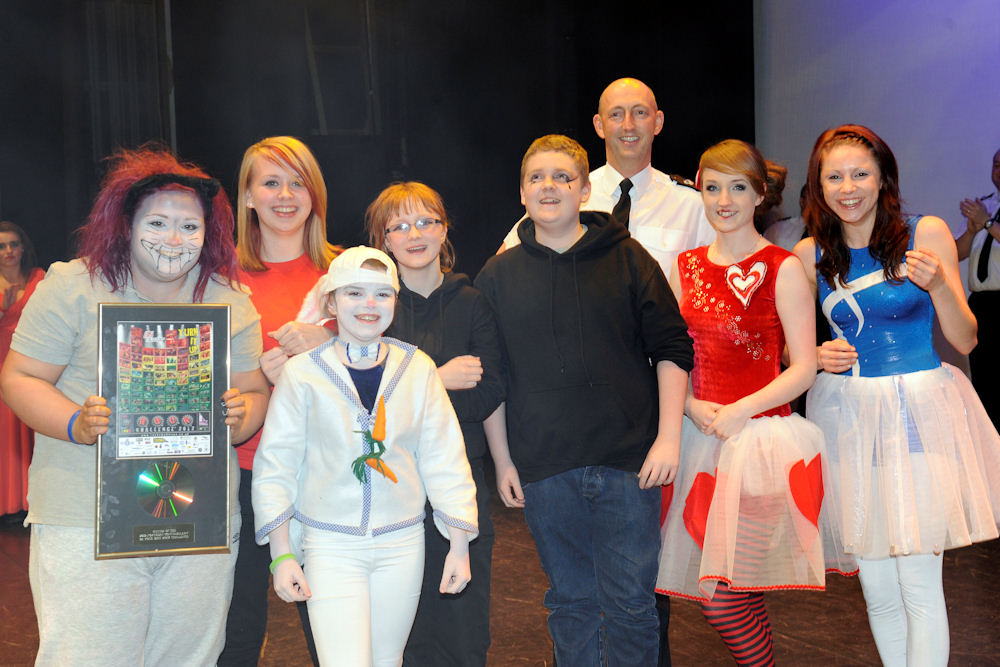 Date: February 2012
Location: Thurso, Caithness
Photographer: supplied
Thurso High School and Dingwall Academy will be going through to the inaugural, national final of the Be Your Best Foundation's Rock Challenge. The event, held at Eden Court Theatre last Tuesday, was won by Thurso High School with Dingwall Academy as runners-up. As a result both will go through to the national showcase event at the Caird Hall in Dundee on Wednesday 13 June 2012. We can reveal that there may be a wildcard opportunity for Alness Academy. The school performed excellently and may still have the chance to take part in the Dundee final. Northern Constabulary's Chief Constable George Graham presented Thurso High School with their prize after their winning entry, Alice through the computer glass wowed the judging panel. Their entry was based on the potential perils of the internet and general web safety.