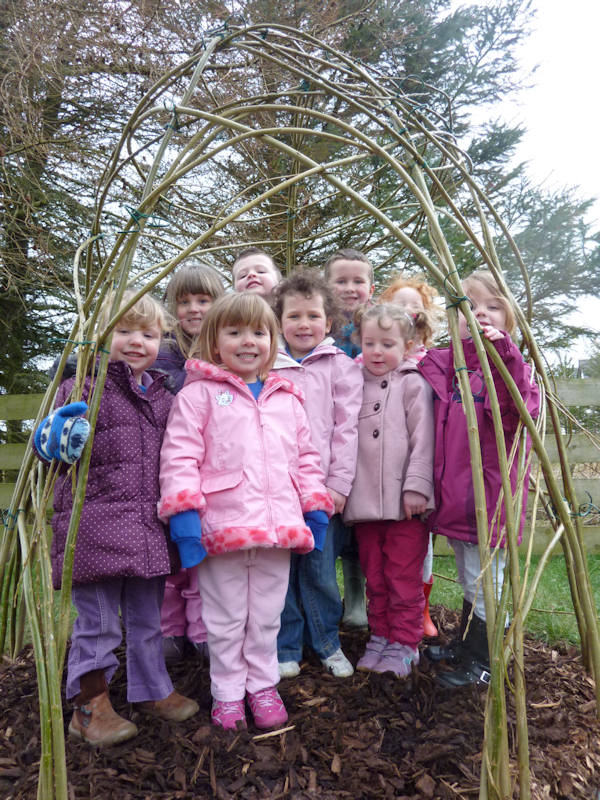 Date: March 2012
Location: Caithness
Photographer: Marina Swanson
The Busy Bees completed a willow bower as part of an environmental project. The final stage of the project was planted by the Highland Council Countryside Rangers and now forms part of the children's outdoor play area. At this time of year, the willow is dormant but during the growing season it will produce grean leaves and new stems which will create a living growing structure. The bower received funding through the Caithness Environmental fund suported by Highland Leader 2007-2013 and Scottish Naturasl Heritage. This funding stream also provided garden seating and a bird feeding station. We would like to thank everyone involvedin helping in brining this project to fruition including Caithness Partnership, Highland Council community payback and the Highland Council countryside rangers