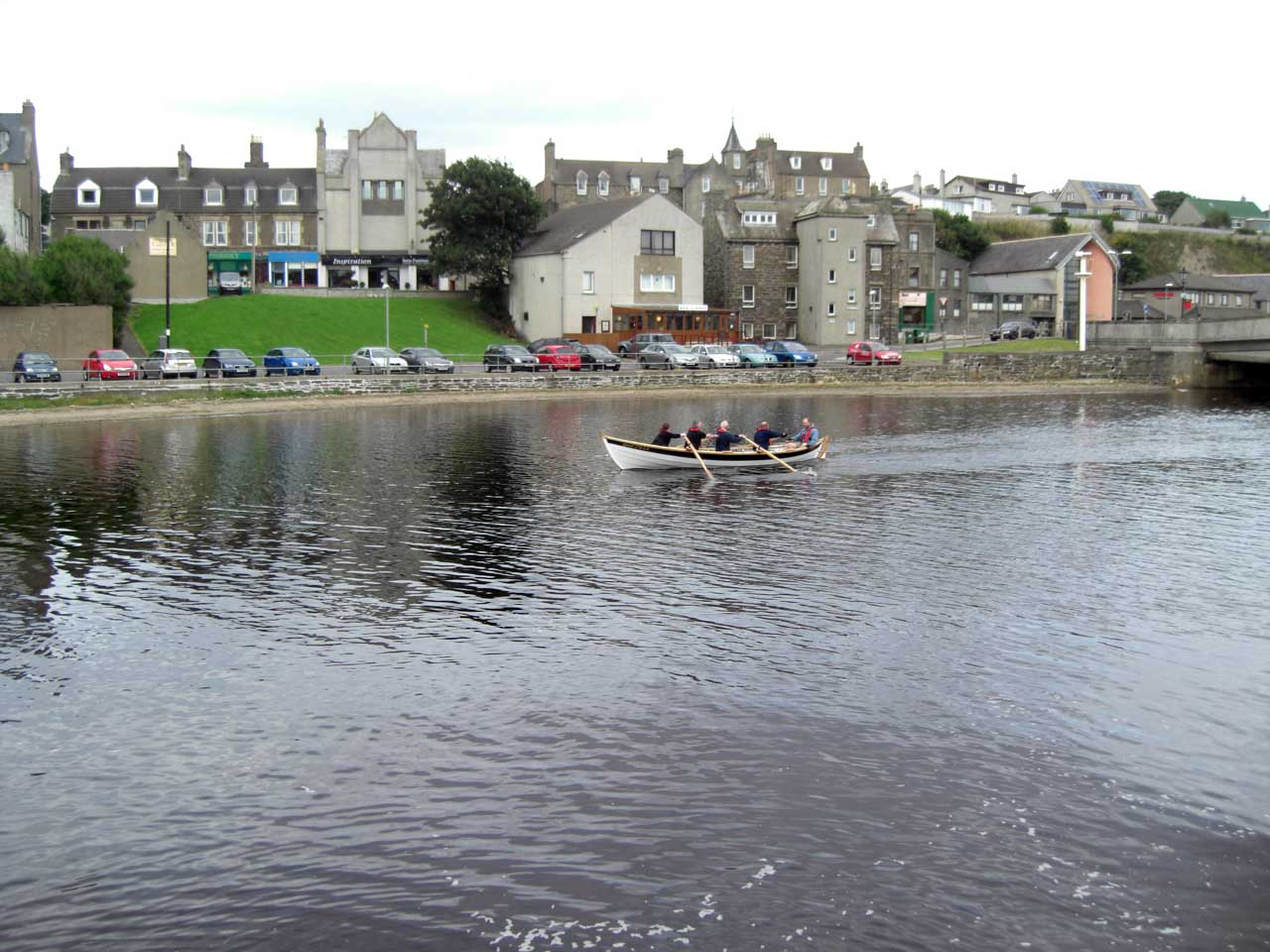 Date: 21 September 2013
Location: Wick, Caithness, Scotland
Photographer: Wick Coastal Rowing
http://www.wickcoastalrowingclub.co.uk/
We took advantage of a particularly high tide to row up Wick River as far as the Fairies Hilly furthest up river we've been with Spirit O' Wick so far. For those of a certain age it brought back memories of summer days spent on the boatie's which could be hired on the river before the sluice was removed.