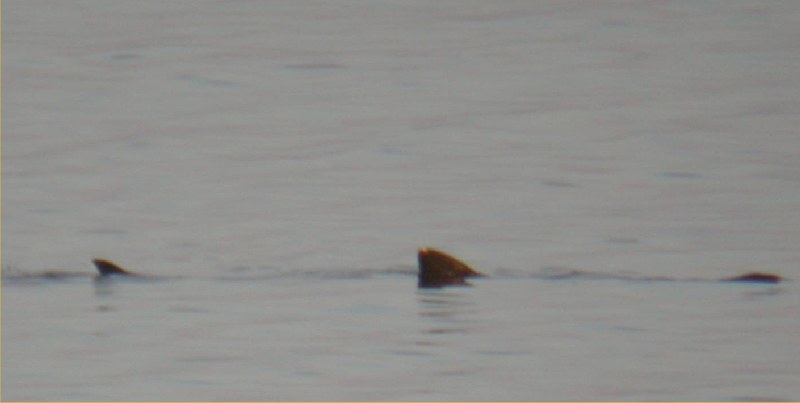 Date: 25 July 2006
Location: Thurso Bay, Caithness, Scotland
Photographer: Karen Munro
It certainly seems to be a good year for whale, shark and dolphin sightings in the far north with many reports locally. The Caithness coast has been no exception with lots of reports Basking sharks have had at least 60 reported off off the west coast in late June. Its been busy in Thurso bay with good sightings of Common dolphins on Monday in the bay. Rissos dolphins were spotted on Friday evening