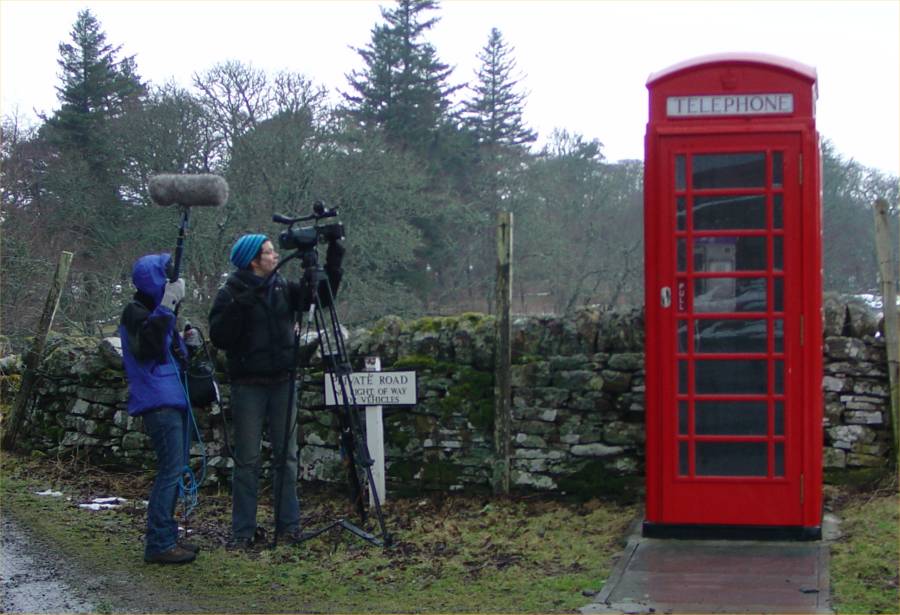 Date: March 2006
Location: Braemore, Caithness, Scotland
Photographer: Bill Fernie
Filming took place at BNraemore for episode four of a series of short films about disappearing phone boxes in the UK to be screened between 1 - 4 May 2006 on Channel 4 at 7.50pm each evening