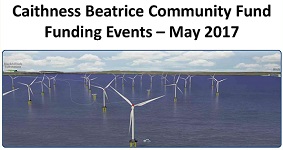 Projects in East Caithness are invited tocome to advice information days to see if they can make applications for funding from the Caithness Beatrce Fund.  Check if you are in one of five target areas then apply for a place at one of the events in May. 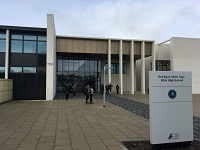 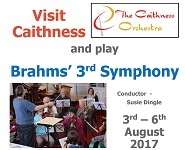 Children and teachers today march from the old Pulteneytown Academy primary school building to thenew Newpark Primary at the Wick campus which is now open.

Pipers to lead pupils back to school at new Wick Campus 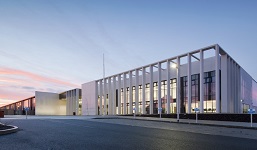 Around 400 pupils and teachers attending Newton Park Primary school and Nursery at Wick Campus in Wick will walk to their new school on Wednesday 26 April setting off at 9am from the Old Pulteneytown Academy building. The procession of pupils in their new school uniforms will be led by Highland Bagpipers Alistair Miller and Chester Henry, a P7 pupil, along the new pedestrian access path and ramp down to the new building. Parents and carers have been invited to watch the procession as the children go into the playground and then into their new school.

Reporter Noel Donaldson
ACADEMY shook off their recent poor form to grab a well-earned share of the points on home turf against one of the Highland League's strongest sides, in the final of the season at Harmsworth Park, on Saturday. Quick- moving United monopolised the early play and were rewarded with a lucky Scott Ferries strike in the 10th minute which crept over the line after a deflection.    Photo Gallery

CHAT Visual Impact Day  - Video
Thanks to the John O'Groat Journal for the short video of the rally- see report n the Courier on Wednesday.
Press and Journal coverage on Monday will be worth reading also.

CHAT Visual Impact Day and Rally Sunday 23 April
CHAT - Caithness Health Action Team, Bignold Park, Wick 2.30pm Sunday 23rd April 2017
CHAT Facebook page
So What is going to happen in Scotland on Maternity? - See the report on Scottish government web site called  THE BEST START - a five year forward plan for maternity and neonatal Care in Scotland - 20 January 2017.
It is 130 pages long and seems to suggest that what is happening in Caithness will be happening all over Scotland in the next 5 year.  Everything seems very reasonable until you apply the geography test.  How can it work for far away rural places and is it what we want? - So far in Caithness without a public consultation the Obstetricians are leaving, beds removed and a huge number of women and are being sent to Raigmore or even further away.  What happened to continuity of care, seeing the same midewife and fathers involvement that the report speaks about.   Read the report and then ask how it affects places like Caithness, Sutherland and any far flung place in Scotland.  Exceptions need to be made and not just token groups to talk.

Dunnet Bay Distillers on the joys and challenges of running a remote business - The Telegraph
A really nice article about the business. 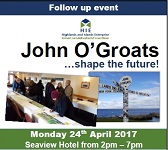 Once A Year Trip To Hoy With The Rangers

Ship a' Hoy Sunday 21st May 2017. 10.15am - 6pm  This is your only opportunity to sail directly to the Orkney Island of Hoy from the Scottish mainland on the passenger ferry from John O'Groats. Join the countryside Rangers either walking out to the famous ‘Old Man' sea stack or enjoy a slightly more strenuous guided walk through the Glens of Kinnaird on route to Rackwick Bay.
£46.00 per person (no concessions)

First Of A Fleet Of Work Boats At Wick Harbour

Today at Wick Harbour 'Rix Lynx'could be seen tied up. Wick Harbour is fast becoming a hive of activity with the work now well underway at the former Steven's yard.

CAITHNESS FAMILY HISTORY SOCIETY has published 8 books which can help with family history research. The society has transcribed the 1901 census for four of the Caithness Parishes. These transcriptions give details of everyone living at a given address - their ages, places of birth, occupations, relationships to the other people living with them, etc and even how many windows are in their houses!
See more books

Laurandy Day Centre, Wick and NHS Bayview, Thurso Take Over Alzheimers Centres In Caithness
From 1st May 2017 Alzheimers Scotland will no longer offer their services in Caithness for people suffering from dementia. Chairman of Laurandy Day Centre, Bill Fernie said, "It is unfortunate that Alzheimers Scotland cannot offer a service any longer in Caithness at centres in Thurso and Wick. NHS Highland had discussions with Laurandy's manager and we agreed to step in to take over day services for the existing people using the Wick Alzheimer service at Longberry.

Caithness Seacoast Adventure Tours loacated at Wick harbour have started their new season. Seacoast offers a range of short and longer tours of the Caithness coast opens up a special way to see the cliffs that cannot be seen from most places.


Scam Callers Pretend To Be From Telephone Preference Service

Today Bill Fernie received a call from someone with an Asian accent saying he was from the Telephone Preference Service (TPS) and began to ask questions about his personal details and bank information etc.
TPS do NOT contact anyone by telephone after registration - be warned this is a scam to get financial information from you.

There are nine candidates contesting the Wick & East Caithness ward

Caithness Model Club handed over a cheque for £500 to Caithness Health Action Team (CHAT) at the first day of their annual model exhibition in the Norseman Hotel, Wick today. Chairman of CHAT Bill Fernie and committee member Liz More accepted the donation on behalf of CHAT. Bill thanked the Model Club for their generous donation and for showing support for the CHAT campaign to retain health services in Caithness. Bill added, "The growing community support is being seen in the fact that more and more individuals, businesses and community groups are joining CHAT to protest at the reductions to our health services in the far north.  The Model Show continues on Sunday
Caithness Model Club Gives £500 to Caithness Befrienders

Caithness Model Club gives money to charity every year from money it makes from its show.  Caithness Befrenders was the second group to receive their generous donation,

Attention All Candidates in The Council Elections
As in previous elections Bill Fernie will be publishing his information shortly as partof his campaign to get re-elected for Wick and Caithness East  on the web site.  As in all the previous elections and in fairnness to all candidates in Caithness he will publish information for every candidate who would like to have a page on the site - free of any charge.  Just email your words and a photo to bill@caithness.org for publication.  This applies to both Wick and East Caithness and Thurso and North West Caithness.  A list of Candidates can be found HERE.

Funding Opportunities From Caithness Funds
More and more funds are available to community groups in Caithness but where to start fidning them all.  To make life a little easier we have started a listing and wil add to it as we get information and if anyone know of any sources locally not listed get tin touch with bill@caithness.org 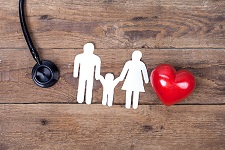 Chairman of Caithness Health Action Team (CHAT), Bill Fernie received a big boost to the CHAT funds from Wick Community council when they handed over a cheque for £1000 to help with campaigning about Health related issues in Caithness. Bill said,"The funds coming in show that we have a huge amount of support for our campaigns with the community making sure we can do things to highlight concerns at reductions across our services for health and the discomfort caused to mothers and families who need to travel to Raigmore. On behalf of CHAT I thanked the Wick Community Council members for their support. Community council members said they would actively continue to support CHAT with funds if required in the future."

Get Help With Your Family History Search

Wick Academy 1 Rothes 1  - Reporter Noel Donaldson
James Pickles saved Academy's blushes after a game that they will want to forget. The Orcadian was on hand, to poke the ball past a defender on the goal line. But the embarrassment over his team's lamentable display in general, was tangible in the south stand.
Photo Gallery

Mooternity Campaign By CHAT - No April Fool - This Is for Real
On Thursday CHAT (Caithness Health Action Team memebrs visited the Scottish Parliament in Edinburgh to present a petition  signed by over 6000 people.  The campaign has many strands ongoing and this one was to show how much better off livestock are regarding legislation than pregnant women when it comes to transportation near to birthing.
See the CHAT Facebook page