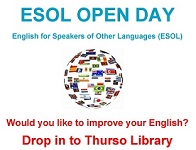 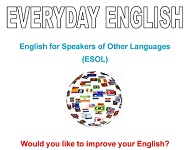 Free English classes. Check it out and find out more.

WICK Academy's rich vein of success ran out on Saturday but few fans would have anticipated the result being a rout. County were worthy winners netting five times to Academy one, the club's worse defeat since 2014. Nairn's lowly position in the league table - thirteenth- make such the defeat even harder to bear. Wick seemed to have no answer to the incisive attacks of their opponents whose Mac. clan members were on song and it was only Stephen Anderson's second-half goal which avoided a whitewash. The Scorries, who looked far from the consistently dangerous side that took six league scalps on the trot, were rocked by Nairn's opener in 10 minutes, Jack MacLean delivering the first of his match double.       Photo Gallery

From 1 April 2017, the UK's car tax system - also known as Vehicle Excise Duty (VED) - is due to change. Will you end up paying more for your next car?  If you are seriously thinking about buying a new car in 2017 then perhaps you should check this out as you might save hundreds of pounds if you buy before the new rates for emissions apply. Check out the links in this item inside.

Clydedale Bank In Thurso To Close
The Clydesdale and Yorkshire banking group (CYBG) is closing 79 branches with the loss of 400 jobs.  The Thurso Branch will close on 23rd May 2017.

Thanks to Derek Bremner and Noel Donaldson for more snowy Caithness photos added to the gallery today.  You can share your snow pics by emailing them to bill@caithness.org


Winter Surfing At Thurso
The waves are still good in winter a can be seen in this short film from Ian Battrick over on the website Carve.  You can see the waves from inside captured on his board cam.

Plenty of snow in Caithness from last night.  A few photos from around March Road, Wick.  If you would like to share any more wintry photos email them to bill@caithness.org for inclusionin the section.

Potential Funding For Projects
Are you looking for support to fund a community project in Caithness? Highland LEADER Programme has funding of £497,080 to allocate to projects in the area, and will be hosting information sessions in Wick and Thurso on 24th & 25th January respectively.

Midwife-led baby unit at Wick by end of month - BBC
Preparations are being made to change the operation of maternity services at Caithness General in Wick earlier than previously planned. NHS Highland said a midwife-led community maternity unit (CMU) is to be in place at the hospital at the end of this month.    Announcement by NHS Highland

Making journeys easier for those in most need

HITRANS, the regional transport partnership for the Highlands and Islands, has introduced a quick and easy way for those with a disability to get help when using public transport, particularly buses. They have widely circulated a new Thistle Assistance Card which the holder can use to advise the bus driver/public transport operator of any special help that is required.

THE war memorial in the royal burgh of Wick has been disrespected by vandals It would probably have taken two of them, one standing on the other's shoulders to reach the top of the statue's base and place the traffic cone on the top of the head. It will certainly require a ladder or a long pole to remove it. Does it echo the humour of Glasgow where the Equestrian statue of the Duke of Wellington is frequently photographed with a traffic cone no matter how often it is removed.

A beginner’s guide to surfing in winter in Scotland - Scotsman
While Thurso may be busier than other parts of Scotland, Christopherson suggests it's worth braving the crowds - which will be smaller in winter.................... 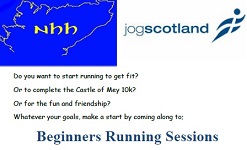